The last blog post has discussed the design and the use of Viking Axe – the most common weapon of the Vikings. In this blog post, other powerful and famous weapon will be the topic. The Viking Spear, for long, has gained its own reputation due to its power and strong connection with Odin the Allfather.

The Design of Viking Spear

Generally, a Viking spear was a pole weapon including a wooden shaft and a sharp head. The sharp head could be made of iron, steel, or bronze while some heads were simply the sharpened end of the shaft. One advantageous point of the Viking spear was that it demanded less metal than any other weapons. Thereby, it was much cheaper.

The Vikings might have decorated their spears as well but hardly could any pattern on it stand the test of time. We can assume that those patterns if not for the decorative purpose must be for wishing luck.

Viking Use of Spear

In Norse mythology, Odin had a very powerful weapon – Gungnir spear. Gungnir also became the supreme weapon of Odin and he carried Gungnir into his last battle in Ragnarok. Before any battle, Odin would throw his spear into his foes and yell “Odin Owns You All”. This practice, thereby, became the traditional practice of the Viking warriors who worshipped Odin the Allfather. At the beginning of the battle, the Viking warriors were believed to throw their spears into their enemies and often past the enemies’ king. This deed was believed to strike fear into their enemies and also call for Odin and his presence in the battle.

The common use of spear was thrusting. One famous warfare tactics of the Vikings was the shield wall. The Viking warriors formed their shield wall. After their preliminaries like insulting or battle cry, they would advance the shield walls toward the enemies. The warriors wielding spear behind could use his spear over the head of his comrade to attack the opposing foes. In one thrust, the spear-wielder could place both hands at the end of the shaft in order for the spear to reach its maximum extent. However, this way of holding did not give as much power to the thrust as the way of holding in the middle of the spear.

Some Weak Points of Viking Spears

Moreover, the material (wood) that made the shaft of the Viking spears could not surely defend the Viking warriors. Because if their enemies were wielding weapons like axes or swords, chances were that the Viking spear shaft would be destroyed easily, allowing the enemies to hurt them.

Overall, nothing was perfect and any weapon had their strong and weak points. The Viking Spear might prove helpful in some cases but it could be a burden as well. Anyway, in the hand of a skilled Viking warrior, the Viking spear would definitely become the deadliest weapon. 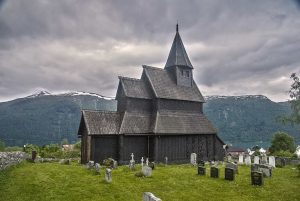 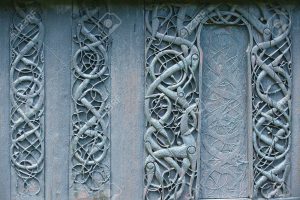